Don’t forget: Register for the AGM
The 2017 CANENA Annual Meeting (AGM) will be tailored to electrical product manufacturers selling electrical equipment into Canada, those having an interest in product testing and certification, and the electrotechnical safety standards development communities in the Americas. The focus is especially on the CSA Group, a vital contributor to CANENA’s regional standards harmonization efforts that provides world class leadership in national, regional, and international electrotechnical standards development and conformity assessment—register today.

CANENA AGM to feature a range of experts
The AGM will include several insightful speakers and panels:

There will also be a learning experience at CSA Group’s corporate headquarters, led by technical experts, to go over the entire testing and certification process for marketing products in North America and around the world. This will be following by the President’s Reception, which will provide ample opportunity for networking with other members and CSA Group staff.

Sponsor the AGM
We invite your company or association to become a sponsor of the 2017 CANENA AGM. To learn more, contact Joel Solis, CANENA General Secretary, at joel_solis@nema.org. 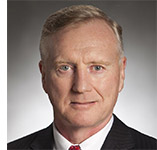 CANENA registrar Bill Bryans retiring
The CANENA Executive Committee is both proud and saddened to announce that our beloved CANENA Registrar Bill Bryans, vice president of technical services at Electro-Federation Canada, is officially retiring shortly after the 2017 AGM. Bill has served as registrar since early 2011 and is a valued member of the board, having served as both country vice president and member-at-large. His extensive background in electronics and electrotechnical safety standards proved indispensable in guiding CANENA during a transformative time for the electrical industry. He is currently overseeing the planning activity for this year’s AGM. Join us during the 2017 CANENA AGM Welcome Reception in giving Bill the send-off he so greatly deserves for his many contributions to the electrical industry. 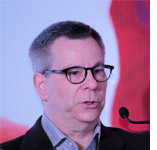 Task groups forms to create five-year plan
The CANENA Executive Committee has undertaken a strategic planning process to reassess CANENA’s goals, achievements, and challenges and to prepare the organization for the years ahead. The necessity of commonly accepted standards that support the region’s electrical infrastructure has grown in the face of an increasingly complex regional market and supply chains complicated by global ties. Having a clear strategic direction is more important than ever, particularly in light of recent political events. Former CANENA President Pierre Desilets has agreed to serve as chair of the Strategic Plan Task Group in order to drive the development of a five-year strategic plan. At the 2017 CANENA Council meeting, the task group will present on the process for identifying actions to support the key elements of the vision and mission; determine owners of action items to ensure accountability; and gather feedback from Council members for the creation and execution of one- and three-year plans following the 2018 AGM.

Nominate a CANENA member for the 2017 award
CANENA is currently accepting nominations for the 2017 Tim McNeive Leadership Award. This award honors a CANENA member who has shown strong interpersonal and leadership skills and demonstrated exceptional support for CANENA harmonization efforts by understanding and skillfully applying the CANENA process and procedures. Submit your nomination no later than February 17 to joel.solis@nema.org.

CANENA officer nominations for 2017–18
President Dave Mercier will complete his term following the conclusion of the 2017 CANENA AGM. During his tenure, Dave challenged members to do things differently, and he has guided us to a path to a stronger future. By tradition, the submission of a nomination for the next president goes to Mexico, which will nominate its current vice president, Julian Yarza (Hubbell de México), who has served since 2011 with distinction. Juan Rosales (MABE México) is nominated to replace Julian Yarza as Mexico’s vice president, and Jesus Martin Ricardez Barbera (Condumex) is nominated to be Mexico’s member-at-large. Valara Davis (Underwriters Laboratory) will complete her second and final term as CANENA treasurer; Leonard Letea (CSA) is nominated to take her place. With the exception of vice president, each nomination will require Executive Committee endorsement, followed by Council approval.

Renew your membership today
It is time for you to renew your annual CANENA membership. The 2017–2018 annual dues remain unchanged from 2016. The membership year begins on March 1, 2017, and ends on February 28, 2018. Your continued support of CANENA funds the organization and its operations, essentially the support of product standards harmonization between the countries of North America.  We continue to keep the cost low, providing an opportunity for a greater number of CANENA projects to be supported through completion. Click here to renew your membership.