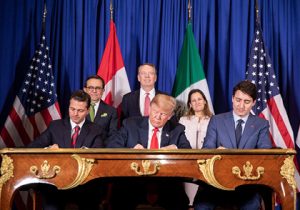 The 2019 CANENA Annual General Meeting (AGM) will be held February 27-28 at Sheraton Mexico City Maria Isabel Hotel in Mexico City. Major topics throughout the AGM will focus on the emerging challenges facing CANENA members regarding the U.S.-Mexico-Canada Agreement (USMCA).

We invite your company or association to sponsor the 2019 CANENA AGM. To learn more, contact Joel Solis, CANENA General Secretary, at joel_solis@nema.org. 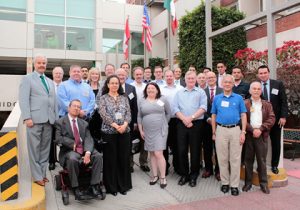 It’s that time of year where we ask our existing members to renew your membership in CANENA and for others to consider joining. Membership is based on the calendar year, January 1 thru December 31st. Your annual renewal supports CANENA initiatives to harmonize electrotechnical product safety standards between the countries of the Americas.  Our commitment to you is to keep the cost low thereby providing an opportunity for a higher number of CANENA projects to be supported from initiation through completion.

The CANENA Executive Committee (ExCo) formed a task group to prepare the 2019 CANENA Budget, which would eliminate deficit spending, reduce the cost of the AGM, restore financial reserves over five years, and hold down the cost for Controller and Registrar Services. The ExCo accepted the task force’s recommendation to raise annual dues and to hold the AGM on odd years in Mexico City. The 2019 membership fees can be found on the website.

Training for THC/THSC Chairs and Secretaries

Mark your calendars for April 2–3, 2019, for CANENA’s training for Technical Harmonization Committee and Subcommittee Chairs and Secretaries at NEMA’s Headquarters in Arlington, VA. Valara Davis from Underwriters Laboratory, Luis Ivan Hernandez from ANCE, and Michael Wilson from CSA Group will cover the SDO process, revision cycles, administrative issues, and more. CANENA members in good standing are invited to attend.  Space is limited, so register today by emailing Joel Solis at joel_solis@nema.org. 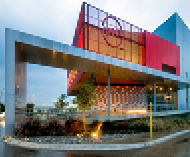 The CANENA ExCo chose ANCE to serve as CANENA Registrar beginning in FY 2019, replacing Electro-Federation Canada. ANCE’s Luis Ivan Hernandez will serve as our primary registrar contract during the transition period. The Registrar maintains the CANENA Council membership rolls and associated databases, executes the annual dues collection campaign, and provides reports on membership rolls and general guidance on registrar matters at CANENA ExCo and Council meetings.  Join us during the 2019 AGM President’s Reception and meet Luis Ivan and thank him and ANCE for their many contributions to the electroindustry in support of regional trade.

CANENA is currently accepting nominations for the 2019 Tim McNeive Leadership Award, which honors a member who shows leadership skills and demonstrated exceptional support for CANENA harmonization efforts by understanding and skillfully applying the CANENA process and procedures. Submit your nomination no later than February 22, 2019, to joel.solis@nema.org.

Based on the nominations received, the ExCo will nominate Pierre Desilets as the next CANENA Treasurer for approval at the Council meeting on February 28, 2019.