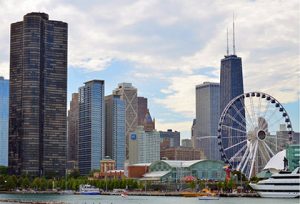 International standardization will be the focus of the CANENA Annual General Meeting (AGM) February 21-22, 2018, at the Intercontinental Hotel in Chicago, Illinois. The hotel is located in the Magnificent Mile area, right in the heart of the city’s premier commercial district. Program details for the Members Forum on February 21 and Council Plenary Sessions on February 22 will be posted on the CANENA website in January.

Several committees are co-locating with CANENA’s AGM.  Meeting rooms have been reserved for THC/THSC committees for February 19-20 and February 23. Reservations will be held through December 15, so please consult your committees now for your Winter/Spring meeting dates and location.

Advantages of holding your THC/THSC meeting in conjunction with the AGM include:

To make reservations or request an extension, contact Valara Davis at Valara.Davis@ul.com. 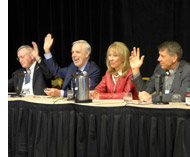 CANENA is an industry-driven initiative to reduce technical barriers and open markets of the Americas to the broader free trade of electrical distribution equipment and accessories. The successful administration of the CANENA process depends on sponsorship, in-kind contributions, volunteer efforts, and modest annual dues from our individual members.  Opportunities are available to sponsor the 2018 CANENA Annual General Meeting.  A minimum contribution of $2,500 USD will feature your company or association name and logo on the CANENA Website and meeting signage.

To learn more about this opportunity for sponsorship, contact Joel Solis, CANENA General Secretary, at joel_solis@nema.org or visit www.canena.org. 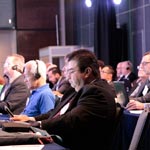 CANENA is currently accepting nominations for the 2018 Tim McNeive Leadership Award to honor a member who has shown strong interpersonal and leadership skills and demonstrated exceptional support for CANENA harmonization efforts by understanding and skillfully applying the CANENA process and procedures. Submit your nomination no later than December 31 to joel.solis@nema.org.

CANENA’s vice presidents have approved reverting CANENA’s fiscal year to be based on the calendar year, which necessitated the need to restate financial results for 2016 and 2017.The by-laws were revised to reflect the change and certified by signature of the president and secretary. The revised by-laws dated November 1, 2017, are posted on the CANENA website.

CANENA entered into a memorandum of agreement with the Electro-Federation Canada (EFC) in 2015 to memorialize EFC’s long serving role as Controller and Registrar for the CANENA Council.  Being a Canadian legal entity, EFC managed the banking needs of CANENA in Canadian dollars (CAD) while providing financial reports in U.S. dollars (USD). In early 2017, EFC’s auditor recommended that EFC only hold CAD banking accounts. The group recommended for CANENA to open a USD bank account, which occurred on November 17, 2017.